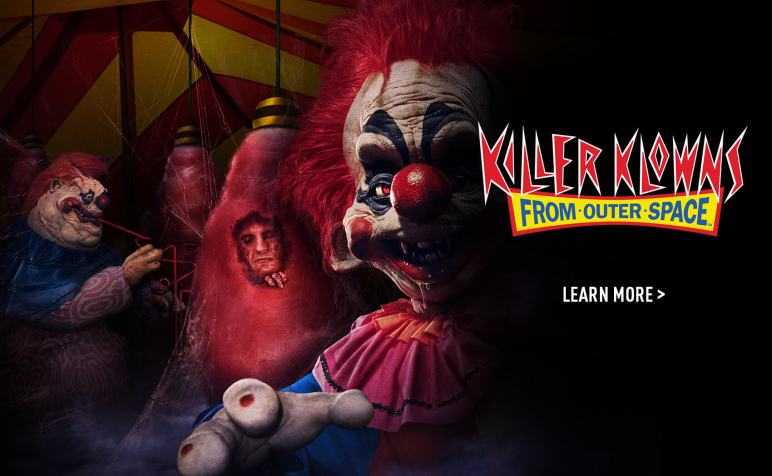 Clowns seem to be almost a common theme at Halloween Horror Nights (which isn’t surprising since clowns is a common fear): there’s the icons Jack and Chance, the chainsaw clowns in Springfield, and today’s topic: the Killer Klowns from Outer Space.

The plot of the film is that a UFO in the shape of a circus tent touches down on a small town and a bunch of alien clowns terrorize the townsfolk by shooting them with rayguns that turn the civilians into cotton candy, so they could drink them. The summary is weird, but the movie was able to become a cult film.

It has been confirmed to get sequels that will be done by the SyFy Channel, so it’s good that this film is getting more love.

Originally starting off as a scare zone last year, it’s finally getting a house, much to the fans’ approval since the scare zone was popular and the film was a common choice among fans to be made into a house.

I’m happy for all the fans that had their wish come true and I hope that the house will be everything they’ve always wanted.

If you have seen the film, what do you think of it?