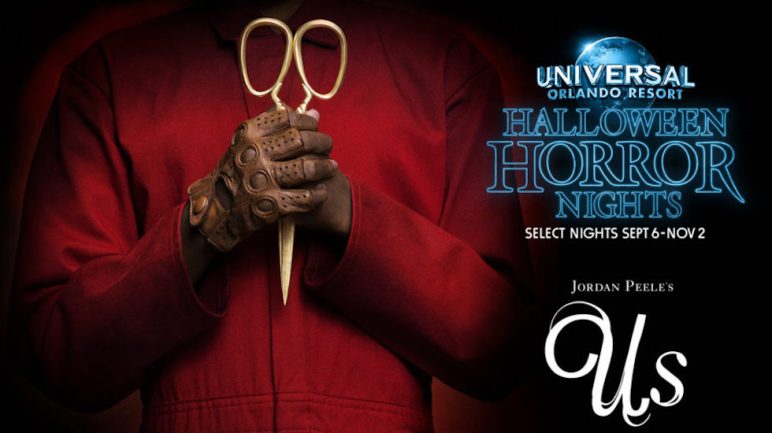 There’s a saying that you shouldn’t trust anyone, not even yourself. Jordan Peele‘s Us is the basic definition of that saying.

The plot of the film is that a family on vacation who get attacked by evil versions of themselves (known as The Tethered) and have to survive the night against these dark reflections.

While good, it’s not on the same level of amazing as Jordan Peele’s previous film, Get Out, but the twist at the end (which I won’t spoil) was super shocking and worth the view.

I’m impressed how Peele took a relatively simple concept that has been done before and made it interesting and original. Save some talent for the rest of us, so we can do an amazing job too!

My prediction for this haunted house is that it will have A LOT of mirrors to try to sell the whole reflection thing and the fact that the movie begins inside of a carnival house of mirrors where the main character first encounters her evil counterpart.

While I’m interested in the house, I’m unsure how it would work in this haunted house setting (yes, it’s entirely in a house, but that’s not what I’m worried about). We’ll just see how it turns out.

What did you think of the movie if you’ve seen it?